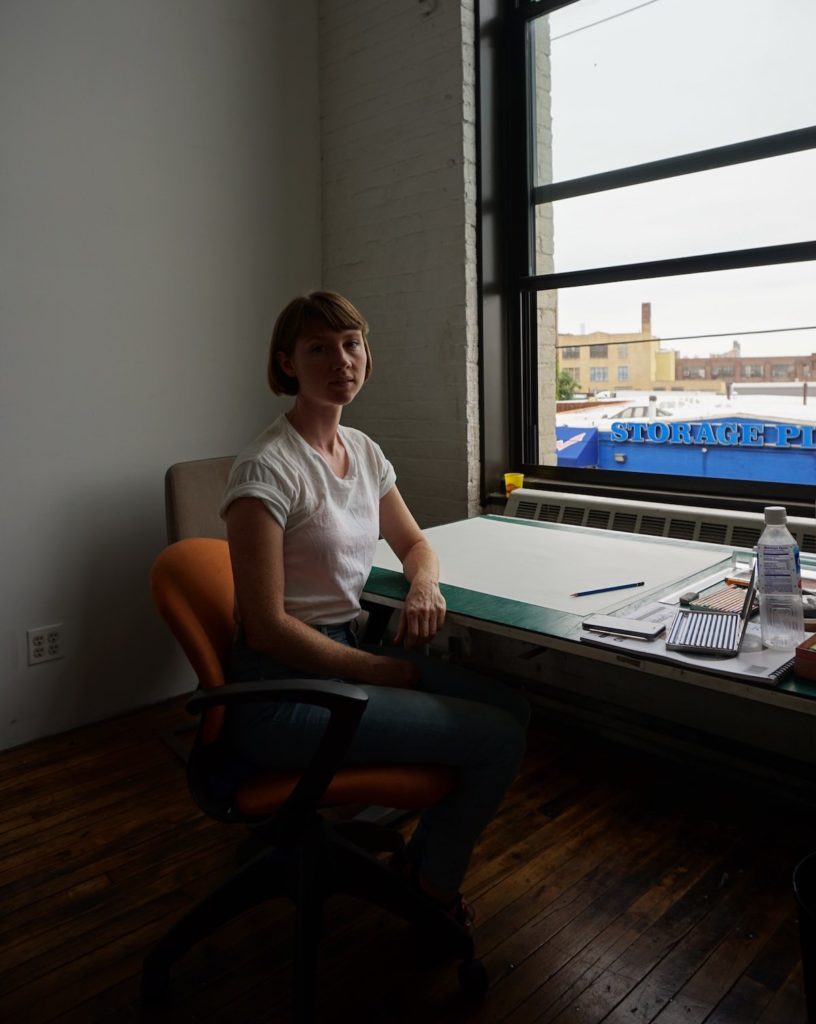 Tove Storch’s practice is informed by questions around how a sculpture exists and how it comes into being. Her work often takes the shape of physical and sculptural manifestations, exploring structural forms and geometric notions. The contrast of materials – such as silk intersecting metal – is often at the core of her practice, constituting a vibrant tension balancing on the edge of collapse. She is interested in examining materiality and creating a language for the non-verbal. 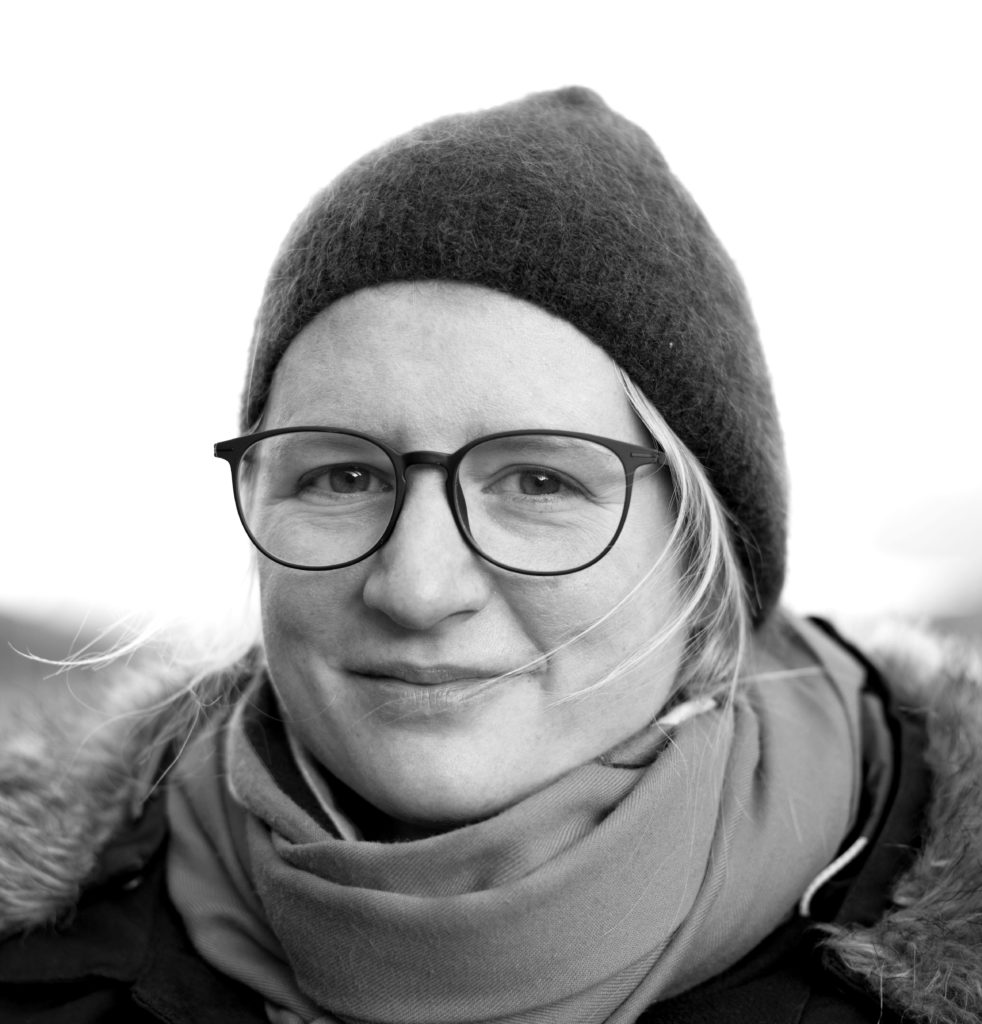 Line Anda Dalmar (born.1983) is currently based in Stavanger and Trondheim. Her works are theme specific and project oriented, using a variety of media, such as video, photography, sound, sculpture and drawing . Dalmar is concerned with how time, distance and space affect us, which elements we remember and how they are preserved in our visual memory.

The works often reflect upon how we experience the nature around us and how we respond to its shape. In this context, the landscape is interesting considering what element one seeks to achieve a sense of belonging, attachment and identity. Dalmar graduated from Konstfack in Stockholm (MA) in 2010 and the Bergen Art Academy (BA) in 2008.

About Line`s work
Line Anda Dalmar turns her focus to the forest itself. Trees are social beings. Through complex, connected root and fungus, they communicate with one another. Understanding the importance to study and understand nature’s ancient history, Skogsmonologer (Forest Monologues) aims to enhance and activate the forest by personifying the trees that live there. Dalmar is interested in the ways in which cultural history is often given more importance than natural history. During Skogsmonologer, Dalmar will connect the trees with voices, which will be activated with sensors. She has asked eight writers from diverse disciplines­­from poetry to children’s books­­to give selected trees a voice. Silent witnesses to the history and life of the island, the trees will tell their stories with the help of the artists. The forest will come alive as the trees make their voices heard. 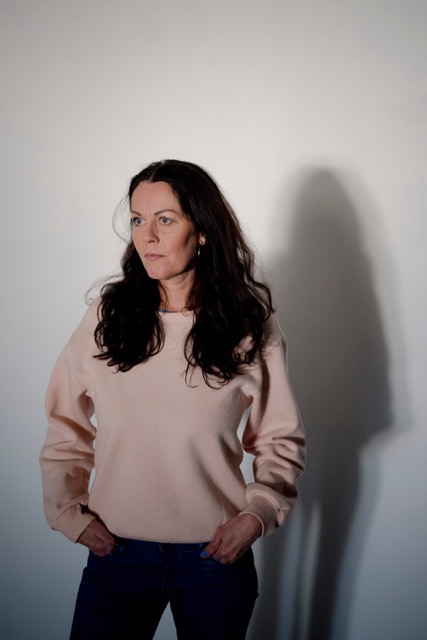 Margrethe Aanestad (b. Stavanger, Norway, 1974) lives and works in Stavanger, Norway and Brooklyn, NY. Aanestad studied fine arts at the Rogaland Art College, and graduated in 2000 with a BA from the University of Stavanger in Arts & Cultural Management.

Aanestad is one of the co-funders of the artist-run space Prosjektrom Normanns established in 2011, which she today co-directs with artist Elin Melberg. She is also co-founder and co-owner of the creative working space ELEFANT in Stavanger, where she has her studio. 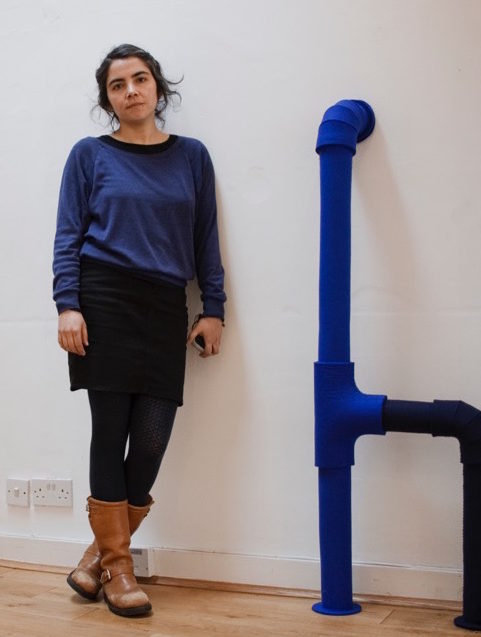 Through sculpture and installation, I intend to bring into discussion the notion of labor. On a first layer its technological, historical and
social impact on the human condition and on a second layer its relationship to nature.
How I manipulate these materials is as important to me as what is being represented. In this sense the notion of labor does not only exist in a social and historical context, it is present in the fabrication of each artwork as everything I do is handmade, hand sewn, made by myself. The pieces I construct are based on architecture and on industrial elements and objects. My interest in architecture is focused on its symbolic condition, its representation of progress and human development. My interest in industrialized artifacts and machinery is tied to the notion of production. These objects, tools, and industrial type constructions present a physical aspect – that of its possible manipulation or use.

As an extension and counterpart of my sculpture practice, I have also worked with video and drawing. Since early days I always felt the need to bring my work out into the world, it was a way of challenging boundaries, of testing how my work behaves in different environments. These moments of interaction can be in relation to natural, urban or industrial landscape or setting, or in relation my own body as a support for “wearable sculptures”, or in relation to people who participate as activators of the work. These encounters are normally documented by photographs and sometimes video or film.

My most recent project is an exploration into drawing, intended to be in juxtaposition with my earlier “industrial” based works. They are exercises in which natural elements become a new point of observation. Here, a new set of references is t
aking shape in the form of biological observations of life, plants, and the sciences, tracing vibrational fields that are more metaphysical than material.

For my stay at Stavanger I intend to work indoors and outdoors, experimenting with the interaction of my sculptures and objects with the environment. I also plan to make a large scale drawing on fabric 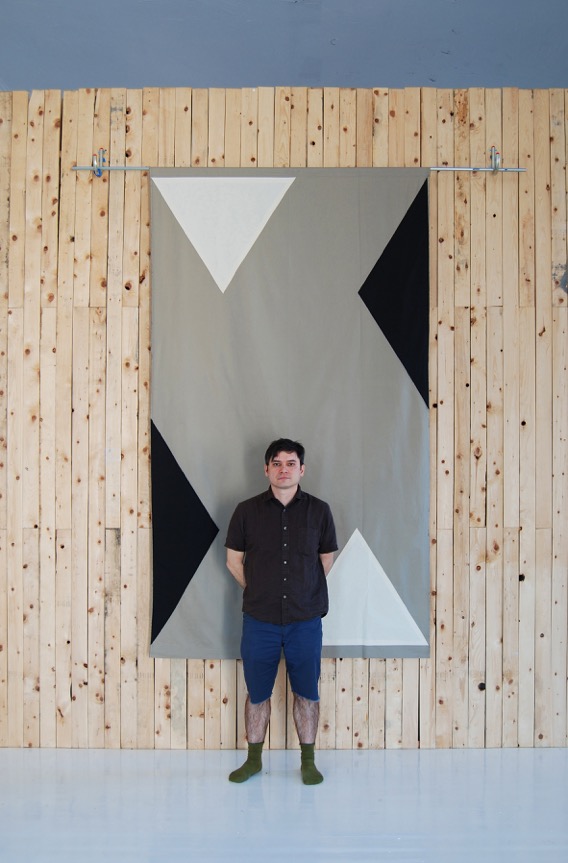 My work has grown from visual codes linked to geometric abstraction, where the economic devices of image making are simultaneously an
historical set of references and a set of creative tools. Also important in my formation has been the practice of collaboration as I constantly intertwine my own work with the work of others through the organization of exhibitions, group projects, publications, and so on.

An example would be installations I have produced with fabric panels; which aim to be drawings that occupy space and also curtains that function as space organizers, as temporary walls that canalize the public’s circulation and perception of space as well as the perception of other possible art works in space. In this sense these installations are both an object of contemplation as well as a functional device, they become exhibition design and flexible temporary architecture: they can be used by other artists or curators. These fabric panels also refer directly to early 20th Century avant-garde movements (Russian Constructivism or the Bauhaus School) and also to the Latin artistic experiments of the 40’-70’s (Neoconcretismo from Brasil, Cinetismo from Venezuela, Madí from Argentina, etc.) as they intend to recover and restage the modernist ideal of democratization of the art object: in ideal situations they can be moved as they are hanged from a stainless steel cable that crosses the exhibition room, they work then as a “curtain”, as a “functional object” (also as a “painting” or “fabric design” or “drawing in space”) that can actually be moved from one side of the gallery to the other.

For Stavanger I have two ideas which I would like to work on. On the one hand I would like to create a group of smaller Curtains (aprox. 130 x 70 cm), which are made with fabric, sewn and hand embroidered. I will install this group in different locations around the studio space. On the other hand I would like to do some sculptural actions following a project I have developed since 2007 called Linea de hormigas. These are also meant to function outdoors and only as temporary failed gestures. 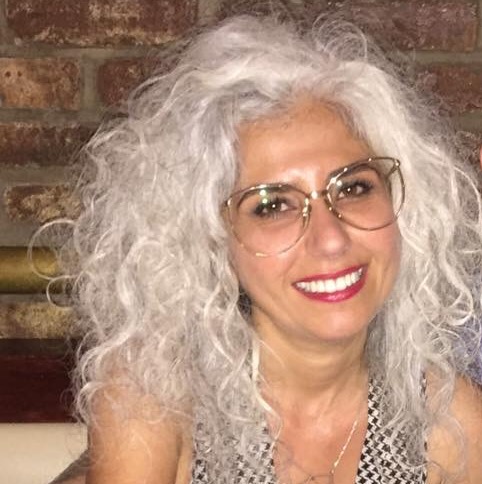 Songül Boyraz, an artist born in Turkey, currently lives and works in Austria. She completed her MFA at the Academy of Fine Arts in Vienna, Austria. She has participated in residencies at the MAK Center Artists- and Architects-In-Residence Program (Los Angeles, CA) and the International Studio & Curatorial Program (ISCP) (Brooklyn, NY). Her work has been presented in exhibitions in spaces such as Kund Gallery (Turkey), Gallery Viertlneun (Austria), Galerie Konzett (Austria), Royal Botanic Garden (Scotland), Museum of Contemporary Art (Croatia), ISCP (USA) and Haus der Kunst (Switzerland) among many others.
One of Songül Boyraz’s latest projects, Game Over, a photo series, where she observes Syrian and Kurdish refugee children who play within an abandoned dilapidated vacant lot In Yenibosna, a district in Boyraz’s hometown of Istanbul. Game Over explores the home that children have created within the midst of desolation. In this child-made utopia, wooden planks become a floor, grass and fig leaves a soft carpet. Salvaged chairs and car tires are converted into furniture through several hours of design, allowing the children to create some semblance of normalcy and positivity. Bread from a nearby factory transforms a barren, makeshift table into a banquet upon where the children eat together. Here, in a self-made paradise, the children spend the day playing and laughing. In Game Over, Boyraz focuses on this oasis for children amid the suffering and poverty.
Another piece, in collaboration with Peter Hoell, is Allah korusun, which they presented amongst other exhibitions at the Istanbul Biennale in 2005, will be part of the discussion of their work for Find Your Eyes. Both projects are relevant for the ideas in motion for their project planned on Solyst. For the project they are presenting on February 24th, 2017 they will work as an artist duo. 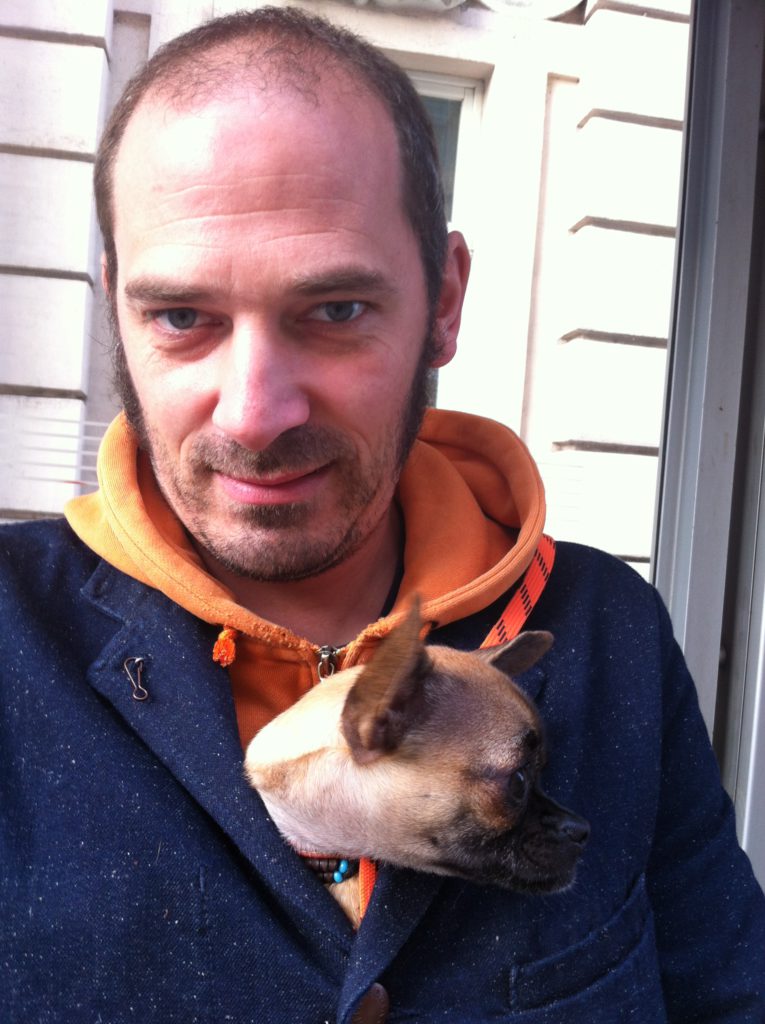 Peter Höll lives and works in Vienna, Austria. After graduating from the Academy of Fine Arts, Vienna in 1998 he exhibited in Europe and USA extensively. Being Franz West’s left hand over multiple decades, he exhibited often with the famous austrian sculptor. He also collaborates frequently with his wife, Songül Boyraz. Exhibitions include Unhappy Ready – Made at Kuad Gallery in Istanbul

Kunststücke ins Licht getaucht at DOCK in Basel, The Meeting at ISCP in Brooklyn and at Free kick, Istanbul Biennale. 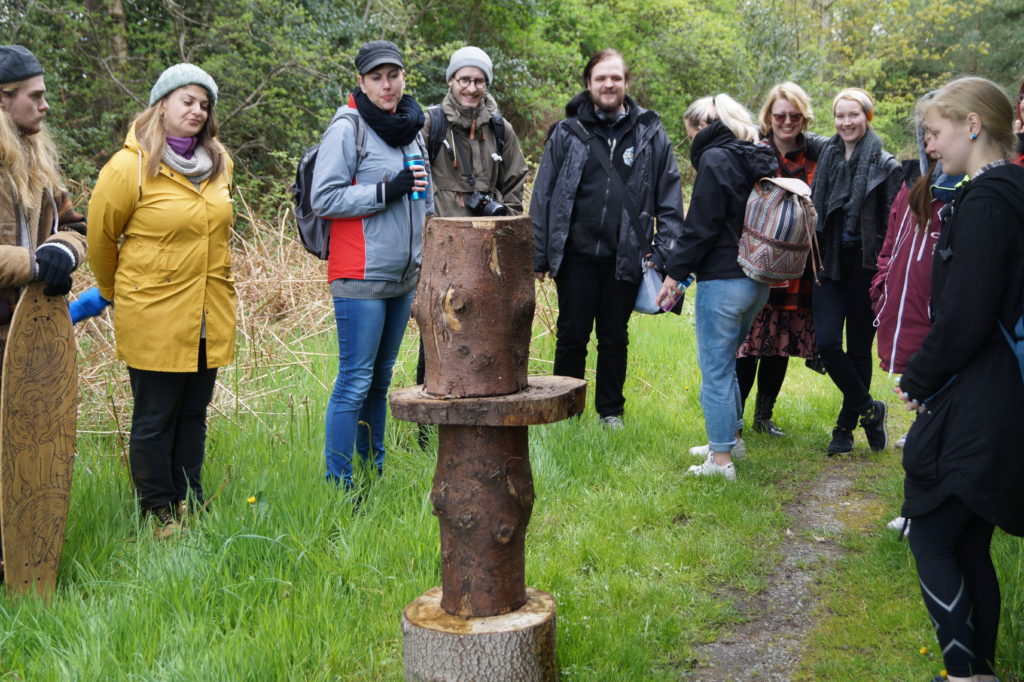